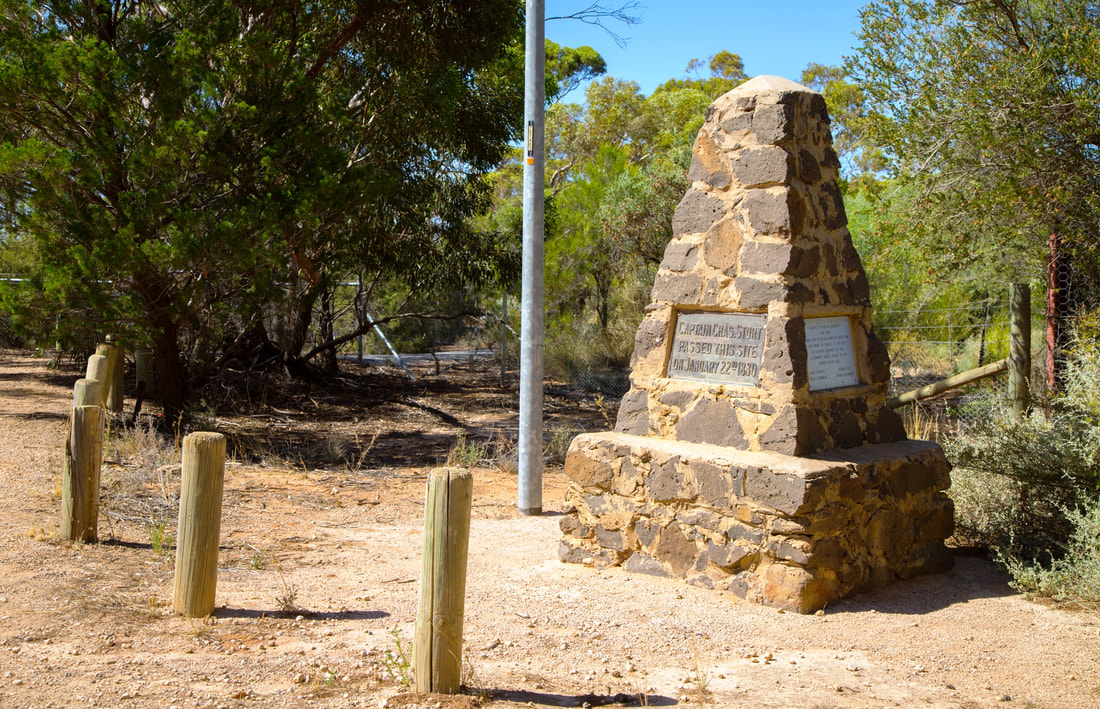 MURRAY RIVER TRAFFIC
Early river traffic identified the Merbein area as White Cliffs, because of the impressive white cliffs on the southern banks of the Murray River.  These sandstone, 25 metre cliffs were a landmark for all travellers, both on land and water.  A cairn on the Merbein Murray River cliffs marks the passing, in 1830, of Captain Charles Sturt in his whale boat on his way to discover the junction of the Murray and the Darling Rivers.

PADDLEBOATS
Two paddleboats, the ‘Mary Ann and ‘Lady Augusta’ answered a South Australian challenge to navigate the Murray River, which would end the isolation of settlements and provide exportation of goods along the river.  The boats passed by the Merbein cliffs on their way to Swan Hill from their lower Murray origins in 1853.

YELTA MISSION
In early 1855, the Government of NSW (which still included the area called Victoria) gave to the Church of England a square mile (640 acres or 256 hectares) grant to establish an aboriginal mission near a billabong identified by the local indigenous people as Yelta.  It was on the property selected by Messrs Rutherford and Crozier and was sited 2 kms downstream from the junction with the Darling River on the southern bank of the Murray River, adjacent to the pastoral lease.   It closed in 1868.

MOBILE POLICE STATION
A mobile Police Station set up at Cowwana Bend in 1858 shifted to Yelta in 1881.  ​With the decline of the Yelta settlement and the growth of the fledgling nearby irrigation settlement of Mildura, founded by the Chaffey Brothers in 1887, pressure grew for a police presence and station in Mildura.
In October 1888, Mildura finally had its own resident police officer, and the Office of the Clerk of Petty Sessions was moved from Yelta to Mildura.

​The actual Court of Petty Sessions remained at Yelta until 1891. The Yelta Police Station officially closed on the 26th January 1892.  In 1888, the Custom's Office for the port of Cowana, formerly at Yelta, also moved to the township of Mildura, along with the District Inspector of Stock.