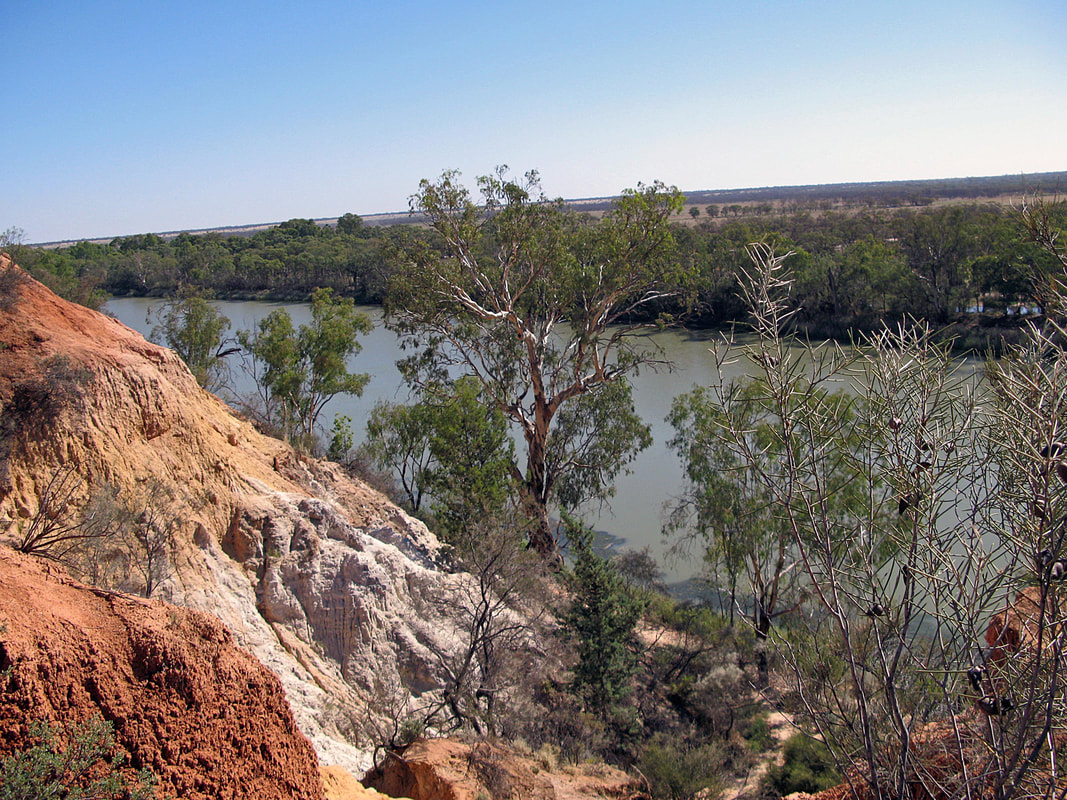 ​INDIGENOUS LIFE
The Merbein area supported indigenous peoples for thousands of years prior to European settlement. The Nyeri Nyeri people identified the Merbein white cliffs area on the Murray River as Mondellimin.  On a field trip in 2019, conducted by then MDHS member and indigenous archaelogist, Mark Grist, who belongs to the peoples of the Wergaia Wamba Wamba and Nyeri Nyeri, much evidence of indigenous activity in this area was indentified, especially in the vicinity of the Merbein river cliffs and the Merbein Common.
MDHS members know much about our recent irrigation settlement history, and only now are learning and understanding the extensive indigenous life that was once in this area.

STATION SETTLEMENT
Prior to the establishment of the Merbein Irrigation Settlement in 1909, the land behind the white river cliffs at Merbein was leased from the crown and was part of Kulnine Lower sheep station.

Kulnine Station was taken up in 1845 by John Hawdon and comprised 57,600 acres. In 1850 the Station was purchased by Crozier & Rutherford and then in 1857 it was divided into Kulnine Upper and Kulnine Lower with the boundary at Wentworth. The southern boundary of Kulnine Lower (Cowra) was near Merbein.

At the time, the town of Wentworth, at the junction of the Murray and Darling Rivers, was already established (1859) and  George Chaffey on the nearby irrigation Mildura settlement (1887), had  his eyes on the White Cliffs land as an extension of the Mildura settlement.  The latter never eventuated and in 1906, the SRWSC under the direction of SRWSC Commissioner George Carson, surveyors began surveying the Merbein area to investigate the possibility of establishing an irrigation settlement.